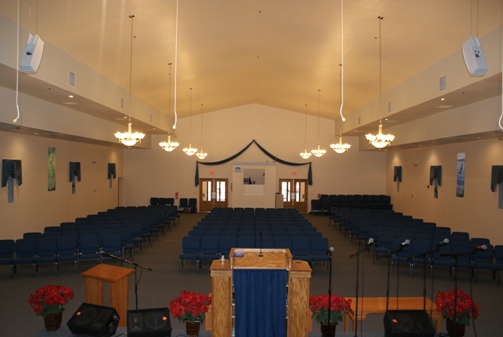 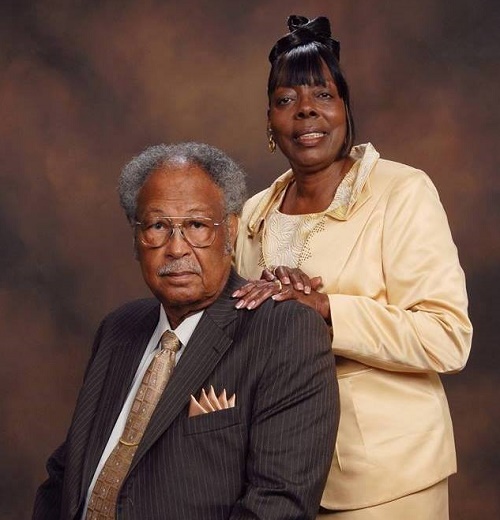 “Mine house shall be called a ‘House of Prayer’ for all people.” Isaiah 56:7b

House of Prayer’s humble beginning was in a rented building in the Edgar Park Shopping Center, in 1983, with six members, three of which included Pastor and Missionary Jones, and son, Isaiah.  Between 1983 and 1993, we purchased property at 4807 Titanic Avenue and with the determination of Nehemiah and the dedication of our small congregation we renovated the “Little Adobe House” for worship.  Our Organizational Services were held in 1984 officiated by the Late Bishop Felton King, Prelate of the Arizona Jurisdiction. We celebrated the Third Church Anniversary (1985) in our new sanctuary and concluded the services with Mortgage Burning Ceremonies.

During 1994-2004 Pastor Jones obeyed God’s voice and we were ready to “arise up and build.”  Groundbreaking ceremonies were held for our second spacious sanctuary on Titanic (1994), and dedication services were again conducted by the Late Bishop Felton King.  By December, 1998, the mortgage was paid in full!

In 2004 House of Prayer purchased three acres of property at 5940 Sean Haggerty Drive.  Dedication services were held for the current sanctuary.  In 2009 by the grace of God and the faithfulness of our members we were blessed to pay off this property.

In 2010 our Pastor Leroy Jones was appointed to the position of Administrative Assistant in the Arizona Jurisdiction by Bishop Harvey T. Young and promoted to Chairman in 2011.

House of Prayer believes one of the mandates of the church is to reach the lost and those in need.  We participate in several outreach ministries:  We can do all things through Christ who strengthens us!

Today our focus continues to be on Ministry and Evangelism.  The harvest is ripe and we desire to be about our Father’s business.